Ooooh this Junkyard Shifters book is so much fun! I’m thrilled to be able to share it with the world!

Get your copy at your favorite retailer!

I posted this little graphic on Facebook a while ago, but I didn’t spend too much time talking about why these are some of my favorite book kisses. So, let’s go! 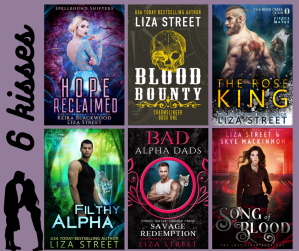 There are so many more I’m thinking about now! I mean, I write kissing books, so it was really hard to only pick six kisses! I’ll have to do another post at a later date with other kisses that make my heart happy. ❤

Cowboys and Coffins, the third book in Keira Blackwood’s and my Forbidden Fangs series, is out now! We had such a good time writing this one. Aubrey is a know-it-all who doesn’t actually know it all, and Joe’s this tough-yet-sweet cowboy who I alternately want to cuddle and watch his, ahem, skills with rope. 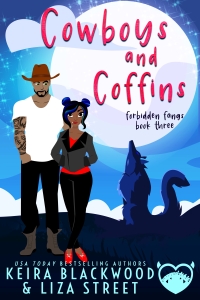 You can purchase Cowboys and Coffins from your favorite retailer!

Join the Wolf Pack on a free run! Filthy Beast is included in this collection of free paranormal romance books, along with many other delicious reads! And don’t forget to enter the giveaway. 😉 Tap the image below to go, or click here.

If you don’t subscribe to my newsletter or follow me on social media, you might not be aware that Savage Redemption has been on sale for 99 cents this week! Today’s the last day to grab it at that discount, so don’t wait!