Ruthless Rogue is out today! This one features a book seller heroine. She was a blast to write, because I once worked in a book store much like the one she owns.

Here’s an excerpt that shows her at an estate sale, looking into buying some used books for her store.

“Ah,” Koffman said. “Well, I suppose you want to see the books?”

“Very much,” Faith said with a smile.

She followed Koffman down the hall. It was filled with furniture—plush chairs, dining chairs, a large dining room table that spanned a good six feet. There were tea carts and ornate shelves, two china cabinets, plus divans and sofas and even some bed headboards. Eleazer Manford had been a rich old man, and it showed.

“We thought it would be best to bring the furniture all to the first floor,” Koffman said in explanation. “That way people don’t have to hunt through the house.”

“How many stories are there?” Faith asked.

“Three, with a generous basement. That’s where Mr. Manford kept his books.”

“In the…basement?” Faith asked. Her expectation of a gleaming library might need a slight adjustment. “I hope it was controlled for temperature and humidity?”

Koffman gave a loud, braying laugh. When Faith didn’t join in the merriment, Koffman turned to face her. “You were serious?”

“I thought…I thought I was coming to look at…at the books of a rich misanthrope who cared for nothing but his ancient tomes.” It sounded like a romantic and silly notion with Koffman blinking at her in surprise.

“No, I’m sorry,” Koffman said. “You have the misanthrope part correct, but this is the library of his wife, who predeceased him by some forty years. He moved her books to the basement.”

Faith’s shoulders fell. She’d gotten up early for this. She’d been looking forward to this opportunity for months. And now she’d be sorting through boxes of books with moldy pages and crumbling bindings, likely full of booklice. If there was anything good in the mix, Faith would likely have to either invest time in restoring it herself, or, more likely, pay for the books to be restored by an expert.

Faith thought of returning to her car, driving home, and hiding in her bed with her copy of Renegade Player, but that wasn’t professional. She at least had to give this collection a chance.

She followed Koffman down a set of concrete stairs. To Koffman’s credit, she’d set up several bright floor lamps; the single bulb from the ceiling wouldn’t have been enough to see anything down here.

Faith shivered in the chill, but immediately walked to one of the large folding tables which had been set up. Cardboard file boxes sat atop them, some of the corners splitting, some stained with damp.

This was a crime—this was an outrage. No book deserved to be treated this way. Even Moby Dick, which was one of the worst books Faith had read, did not deserve to be stored like this. Faith was tempted to dig up old Eleazer and bring him back to life, just so she could slap him around a bit. 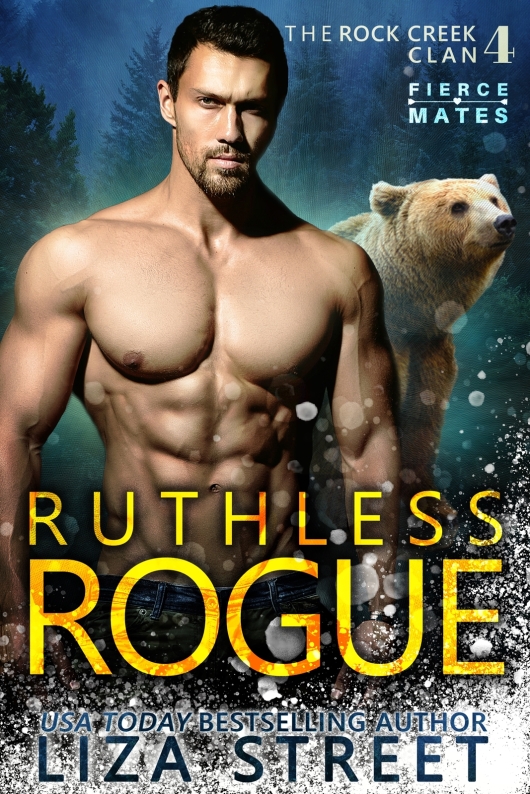 You can get your copy of Ruthless Rogue from your favorite retailer! Click here, or tap the image above. ❤